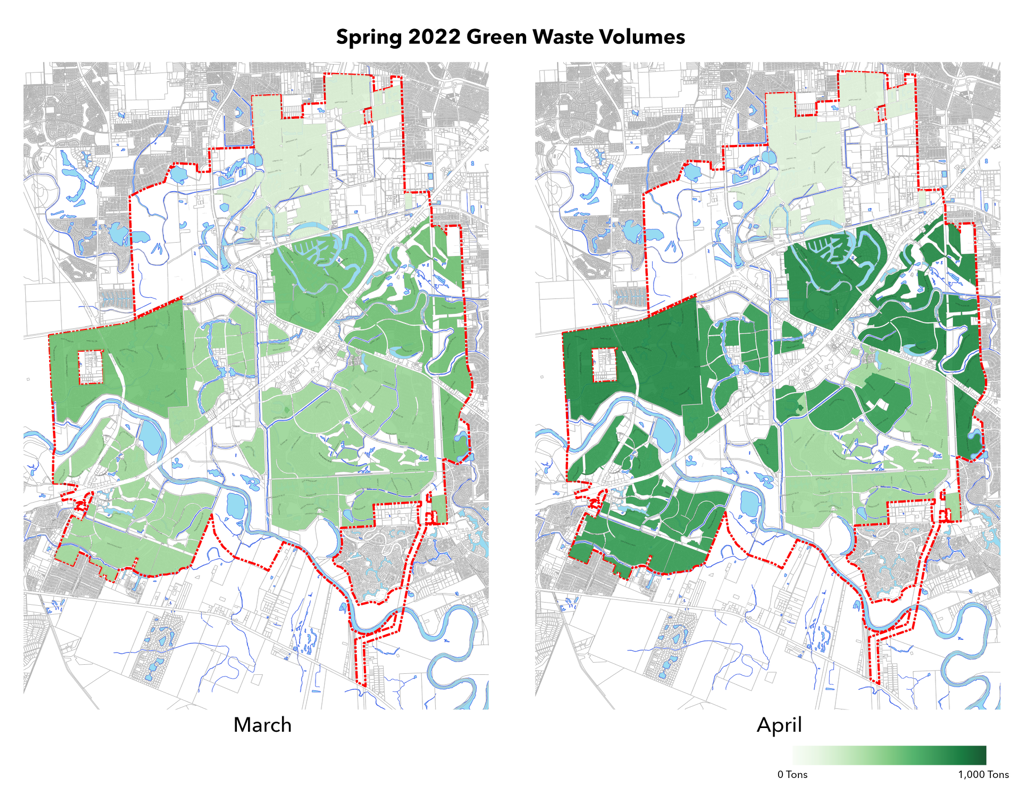 The sun is shining, spring cleaning is done, and … green waste has increased! Sugar Land typically has its highest volume of green waste – things like grass clippings, leaves, tree limbs, etc. – in March and April due to the start of the summer season. Green waste volumes more than double in these months compared to the rest of the year.

“Sugar Land is a beautiful city that prides itself on exquisite landscaping,” Georgia Tate, the City of Sugar Land’s Environmental Manager, said. “Green waste is an issue for us every year because of the City’s top-notch beautification. Because we know that this happens every year, it’s important for us as a city to take proactive measures to ensure service delays are minimized and residents are still receiving the same quality of service that they do in off-peak times.”

Weekly green waste volumes in Sugar Land increased steadily starting in late February and hit a peak at the beginning of April. To address the increasing volumes of leaves, clippings, and brush, Republic Services was able to secure additional vehicles from other cities in Texas to meet the demand. Additional staff and vehicles were also deployed by Republic on routes with a history of greater volumes of green waste to collect large limbs and other items that delay the regular collection staff.

Republic Services typically runs a Monday, Tuesday, Thursday, and Friday collection route in Sugar Land. In an effort to proactively address the increased green waste on the Thursday route, Republic began running additional trucks through Sugar Land on Wednesdays in neighborhoods with the highest levels of green waste.

New Territory and Greatwood experienced a higher volume of green waste than the rest of Sugar Land so trucks and staff were stationed in those neighborhoods for several weeks in an effort to meet demand.

Republic and the City worked together to optimize routes to create more efficiency during March and April green waste collections.