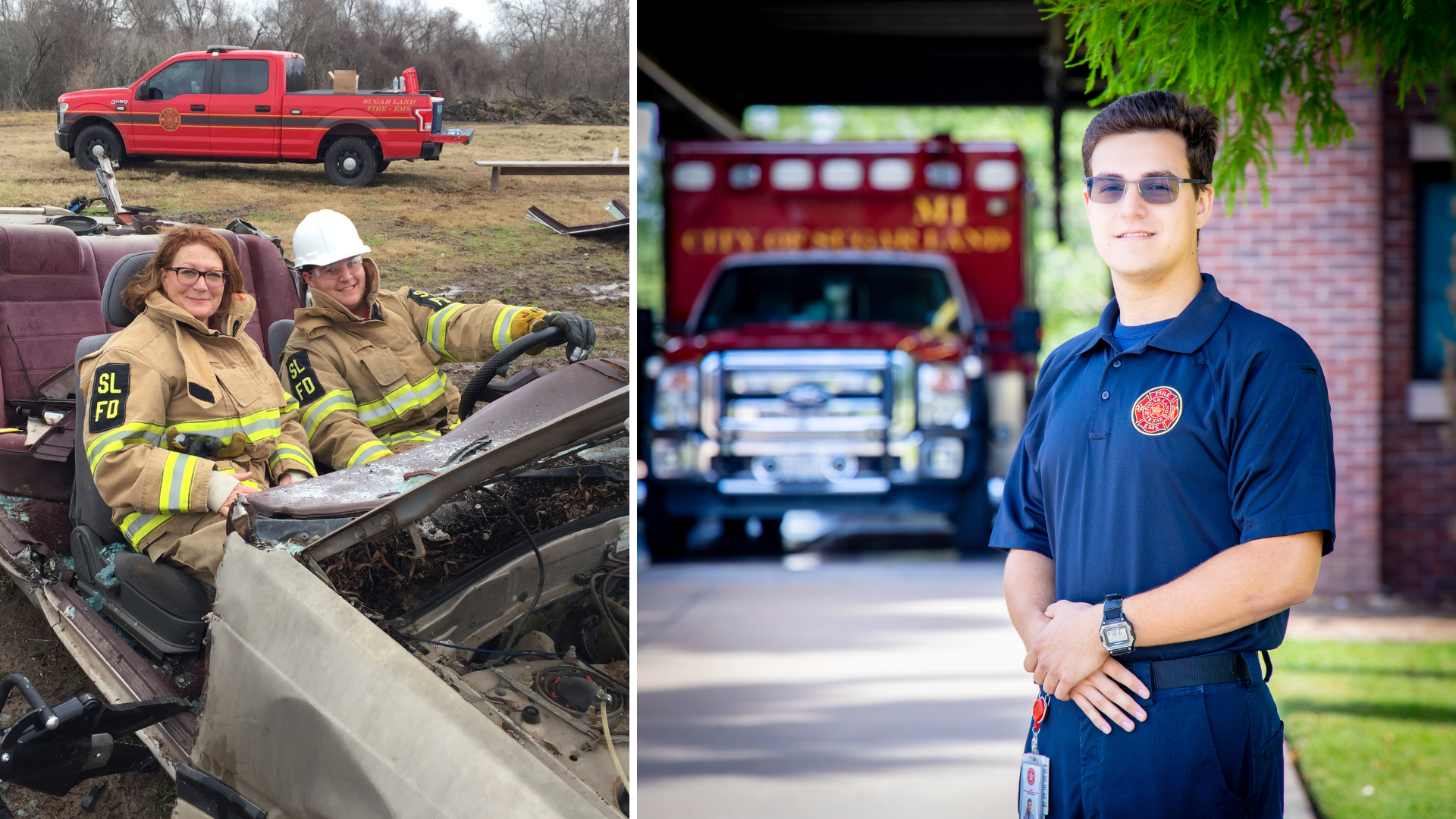 He wasn’t always interested in being a firefighter. He didn’t have any family in the fire service, except for possibly a great-great-grandfather, but he can’t be sure. All he knew was that he thought the lights and technology on the trucks he saw growing up were interesting.

A California native, Guidos, 20, moved to Texas as a child to be closer to his extended family and escape the threat of looming wildfires. His family settled in League City, a large suburb 45 minutes southeast of downtown Houston, but he spent some time visiting Sugar Land.

“I had friends that lived in Sugar Land,” Guidos said. “What drew me in was seeing the partnership that everyone seemed to have down here. Some family friends knew (former Sugar Land Fire) Chief Adame and introduced me to him.”

Chief Adame ended up inviting Guidos to have a sit down chat with him in his office. There, they talked about Guidos’ interest in the fire service, including possibly getting involved with Sugar Land’s Citizens Fire Academy.

The Citizen’s Fire Academy is an eight-week course designed to show what it really takes to show civilians what it takes to be a firefighter. Students learn about fire strategy and tactics and are able to see real Sugar Land firefighters in action while learning basic lifesaving skills. At the end of the course, students are able to take part in a stage fire scenario decked out in full firefighter gear.

League City didn’t have that type of training academy, so Guidos decided he was in at Sugar Land. But there was a problem.

Guidos was only 17 years old at the time, one year shy of the required age. The Chief said someone would have to take the class with him – his mom, Cynthia.

“We went through the academy together, and that was a cool experience,” Guidos said. “She was able to be there in my first experience where I could see firefighting as a career for me.”

Guidos said that all the instructors – Sugar Land firefighters and staff – were passionate about what they did and how they taught it to students.

Together with his mom, Guidos completed the eight-week course and became the youngest person ever to graduate from the Citizen’s Fire Academy.

Guidos graduated from Clear Creek High School the following year and immediately went into the fire academy, where he was able to get both his basic and advanced EMT training.

The transition from civilian life to the fire service was a lot faster than he thought it was going to be, but Guidos said that being able to get on board quickly was a win for him.

“You’re never really off-duty,” Guidos said. “If someone needs help and I can provide help, I’m willing to be there to assist. Part of being a good fighter is being an on-your-feet thinker and being able to see the whole picture.”

And while Guidos knows that the fire service isn’t for everyone, he said joining Sugar Land Fire Department gave him the ability and venue to hone the skills needed to become a great firefighter.

“There are so many opportunities to experience the service, especially with the Citizens Fire Academy,” Guidos said. “You get the chance to ‘try before you buy’ and get first-hand experience without going to college or going to school. It’s invaluable.”

He’s hoping to transfer the knowledge he’s learned in Sugar Land down to the next generation after he has a couple years under his belt.

“I do like teaching,” Guidos said. “When you’re passionate about something, it comes really easy. I want to pass that knowledge onto new recruits and give them that inspiration I had when I was younger.”