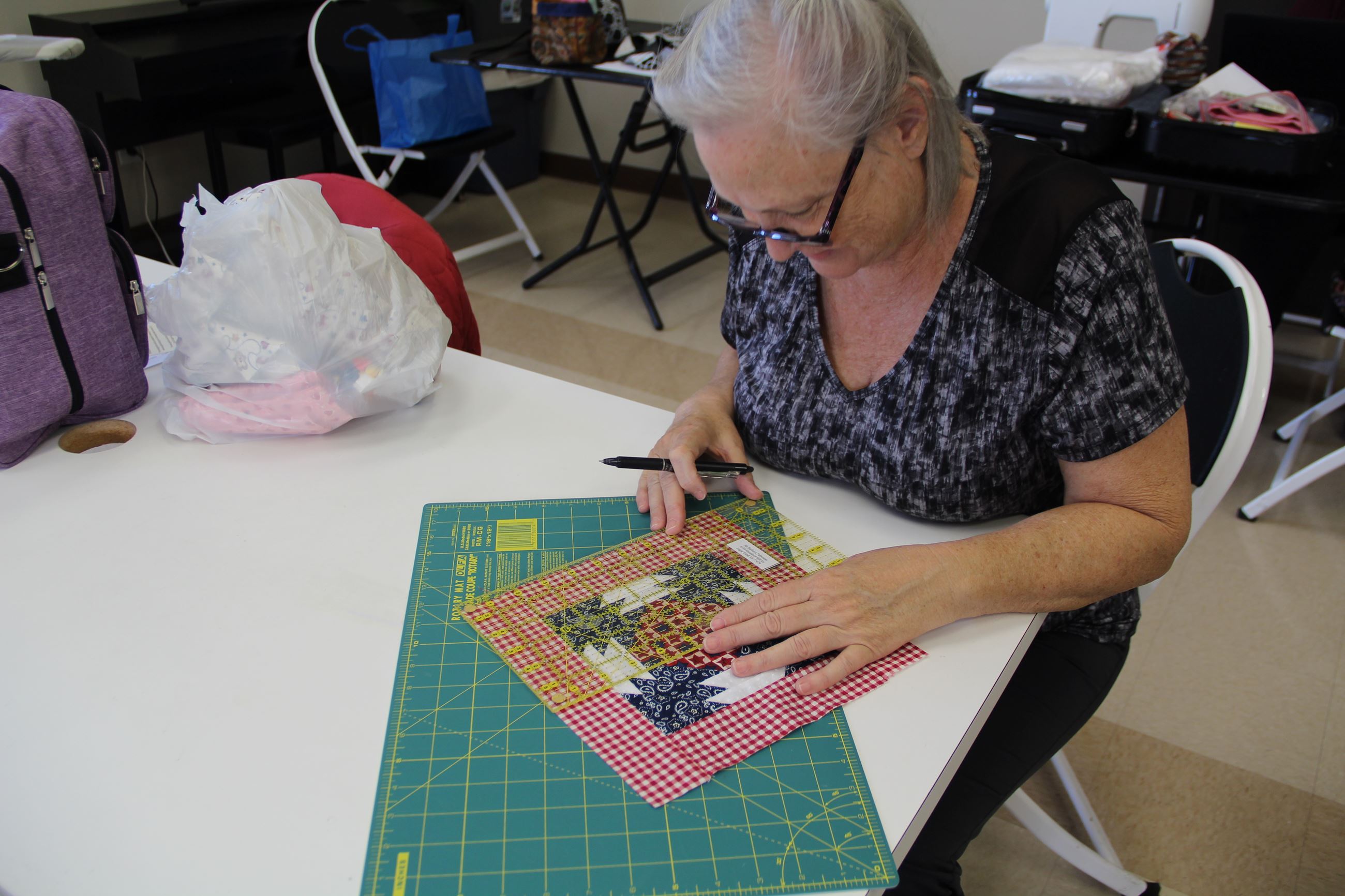 When Connie Guyton was first asked to teach Quilting for Fun, an entry-level quilting class at the city of Sugar Land’s T.E. Harman Senior Center, she said no.

“I just didn’t want that pressure on me,” Guyton said.

But after some thought, she realized that she would be able to pass on her love of quilting to others in the community. So she took on the duty of hosting a weekly, two-and-a-half hour class where 20 to 30 seniors could hone their quilting skills by making blankets, throw rugs, placemats and more.

When the opportunity arose to make a quilt in honor of Sugar Land’s 60th anniversary, the class was slightly hesitant. This time, the pressure was on them.

“There are a lot of beginners in (this class),” Guyton said. “They were scared it wouldn’t look good. But then I pointed out how different things come together beautifully.”

Guyton asked 24 quilters to each quilt 8 inch by 8 inch squares that would then be assembled into one quilt.

Quilter Barbara Patterson moved to Sugar Land in 1976 and soon became a regular at the T.E. Harman Senior Center. Patterson used the 60th anniversary project as a way to honor her home of 43 years. She quilted a square depicting a colorful field of flowers.

“I remember driving through this open field the year after I met my husband when we were on the way to the Houston Open,” Patterson said. “Now look at it. I don’t recognize it anymore but that’s a good thing.”

In the class, Sandra Smith has made quilts for her nephew and placemats out of scraps of fabric, which they call crumbs. For the 60th anniversary project, her square featured horses, which she said are reminiscent of the agricultural past of Sugar Land.

Miriam Lindo, a Richmond resident who attends the center specifically to quilt, created a flower pattern for her portion.

“It reminded me of different people in Sugar Land and the beauty of the city,” Lindo said. “It’s multicultural, (and) it’s beautiful.”

The group took about three months to create the quilt. Guyton had them look at the Traffic Box Public Art Project around the city for inspiration on what they could incorporate into the quilt. Once inspiration struck, Guyton said the class got their courage up and was able to produce a quilt that honored the place that brought them together: Sugar Land.

“They needed a lot of encouragement,” Guyton said. “But I think that they did a great job with telling the story of what they love about Sugar Land.”

The quilt will be displayed at a city facility to be determined in January.