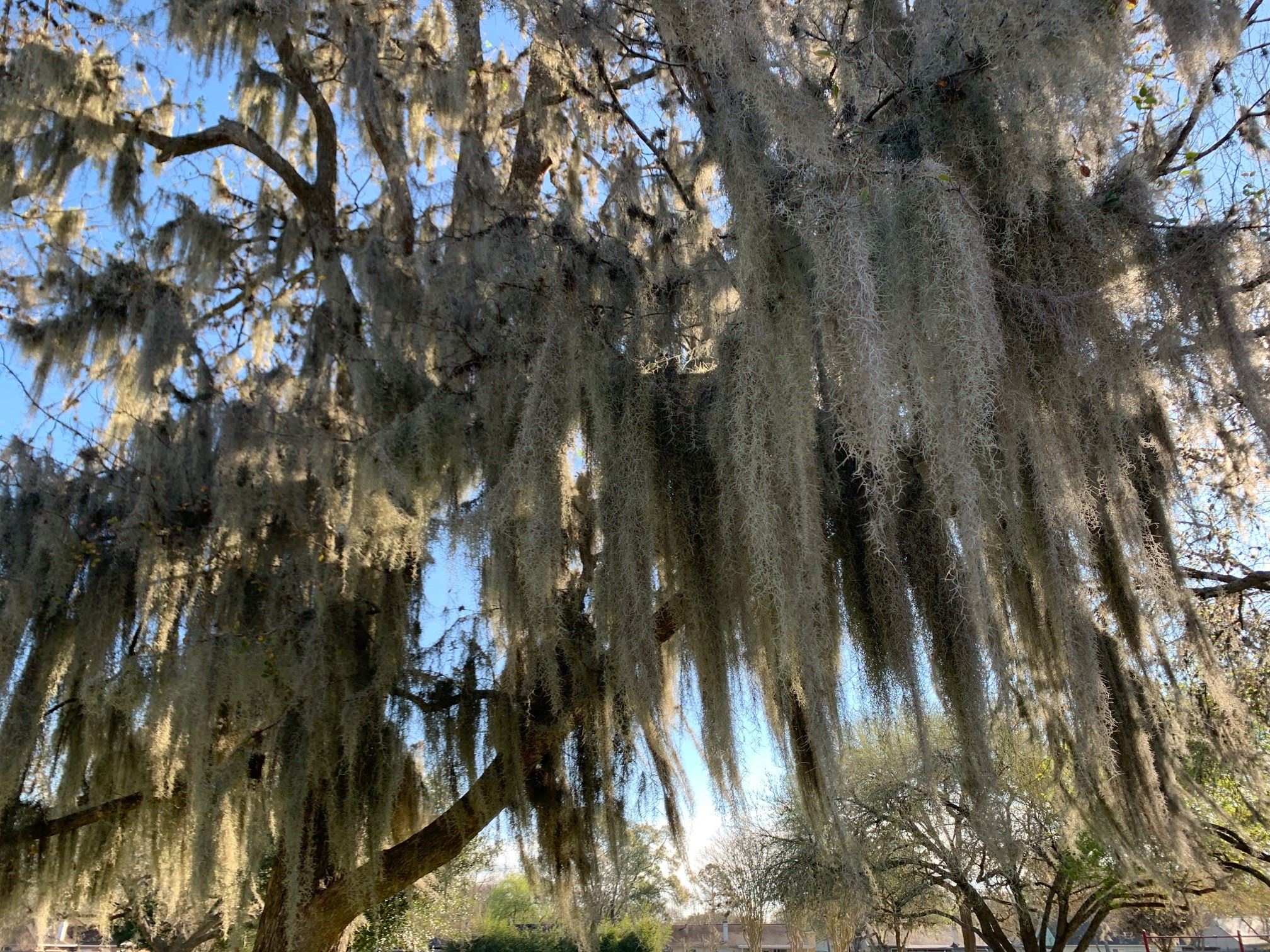 If you’ve driven around Sugar Land recently, you might have noticed some round clumps of moss like growth attached to tree limbs. This growth is known as Ball Moss, not to be confused with Spanish Moss, which is the long, green pieces of moss hanging from prominent trees. Neither type of moss is considered detrimental to the health of the tree, Sugar Land Director of Parks and Recreation Joe Chesser said.

“According to the Texas A&M Forestry Service, Spanish Moss and Ball Moss pose no harm to the trees,” Chesser said. “Healthy trees will not be impacted. The moss does not feed off the tree but simply uses it as a place to live. The weight of the moss is insignificant on healthy trees.”

Spanish and Ball Moss are harmless epiphytes, according to the University of Florida. Epiphytes are plants that survive on the nutrients and moisture provided by the atmosphere. Spanish and Ball Moss are particularly common in the southeast United States. While moss likes to attach itself to different plants, including trees, it is not considered a parasite because it doesn’t harm the plants.

Simply put, Spanish and Ball Moss like growing in places where humidity is high – Sugar Land included. The moss can, however, cause detriment to a tree if the health of the tree has already been compromised.

The cost to manually remove moss from trees is expensive, Chesser said. Parks and Rec staff monitor trees around Sugar Land, including those in Sugar Mill Park, where moss like this is common and prominent. The Parks and Rec staff has consulted with the Texas A&M Forestry Service for a second opinion on how they should maintain trees in the area, specifically when dealing with Ball Moss. The alternate to removal by hand is spraying the tree.