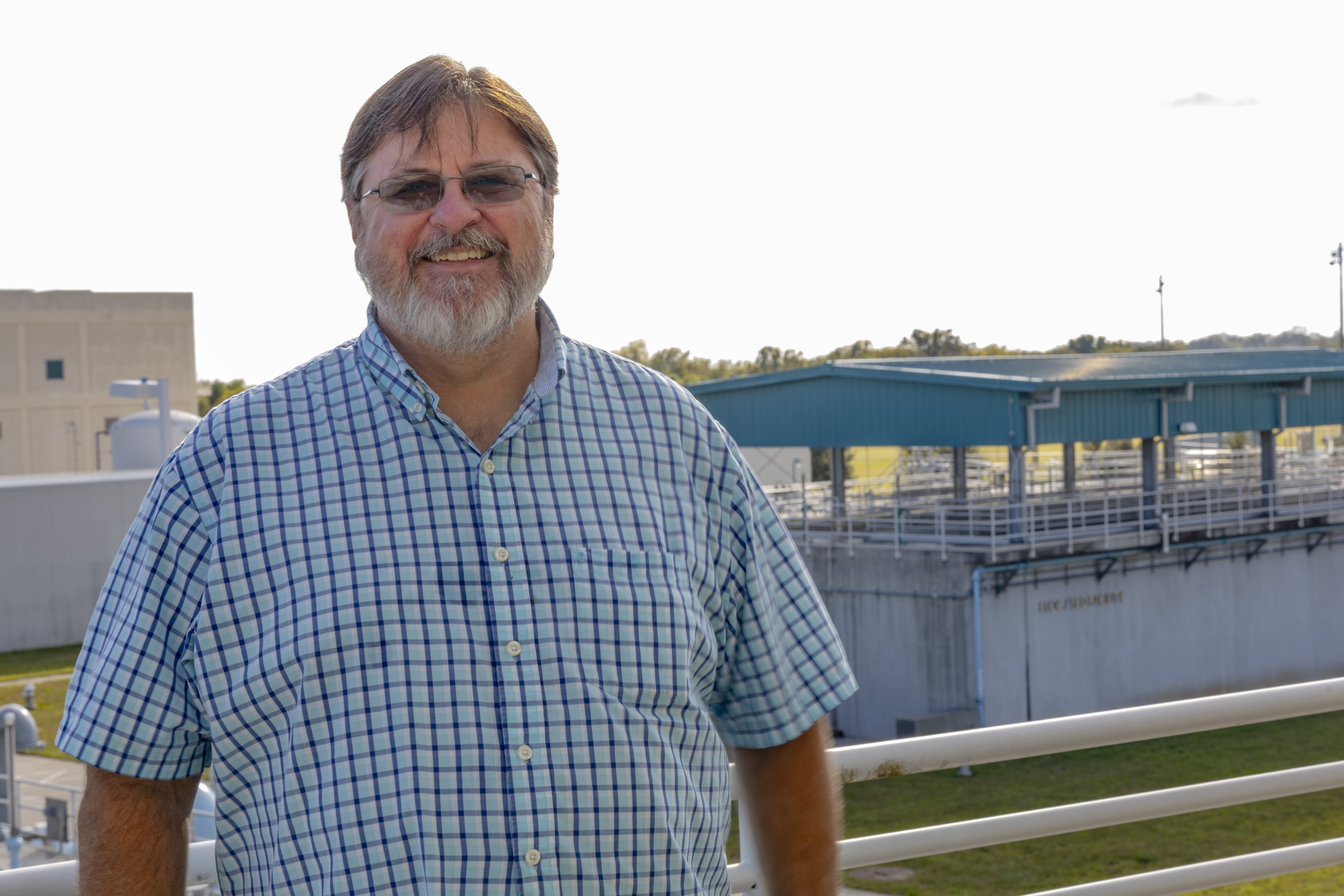 The newspaper ad’s headline was bold with exactly what he was looking for.

Yuba City, California was searching for a person to work in their small-town water utility 50 miles Northeast of Sacramento treating groundwater for local consumption.

John Bailey, a new California resident fresh out of four years in the U.S. Air Force, read the ad and applied. It was the start of his civilian career – one proceeded to grow throughout four cities, four states, and many moves – over the last 40 years.

Bailey now works as the Surface Water Plant Manager here in Sugar Land. But his water journey started when he enlisted in the U.S. Air Force in the 1980’s.

“When he said that, right away, it spoke to my spirit,” Bailey said.

Bailey craved a career track with stability after seeing bouts of recession and unemployment in the 1970’s as a child.

“There was a lot of instability,” Bailey said. “So, I thought ‘I want a stable career.’ And drinking water is never gone out of style.”

Enlistment brought a three-month training course at Sheppard Air Force Base in Wichita Falls, where he learned imperative maintenance skills and chemistry that he says still helps him in his role as the surface water treatment manager today.

Permanent assignment to a combat engineering squadron in Florida gave Bailey the opportunity to travel all over the world. He did stints in South America, Europe and Asia.

“That was always one of the perks of joining the military,” Bailey said. “You never knew where you were going to get stationed, so I was able to see so many different places from around the world and identify the different cultures and how people live.”

Four years after enlisting, Bailey decided to become a private citizen and begin his civilian career in Florida before moving to California, where he answered the call to be one of Yuba City’s water men. There, he met his now-wife and started his family. He moved on to work for the City of Renton in Washington State as the City’s first water treatment plant operator. But after six years, it was time to move on.

“One night, my wife and I looked at each other and said ‘We have to get out of here,’” Bailey said. They could not handle the dark, cold and wet of the Pacific Northwest and wanted to raise their two children closer to family in his home state of Texas.

The Baileys moved to Kerrville, then New Braunfels. In 2013, Sugar Land was completing construction of the city’s Surface Water Treatment Plant, which can deliver up to 9 million gallons of water to homes every day. The City put out an advertisement for a chief operator in Sugar Land. Once again, Bailey answered the call for a waterman and was the second surface water treatment plant hire after manager Terry Hawkins.

When Hawkins resigned in 2017, Bailey stepped up, and was promoted to plant manager in January 2018.

“I had strong feelings about moving to Sugar Land,” Bailey said. “I really liked the diversity. I love other cultures and I’ve been all over the world, so I know how it feels being a stranger in a strange land.”

Bailey said he appreciates the opportunities to put the skills that he acquired in the military and his previous roles to the test here in Sugar Land.

“What we’re doing here in the plant is important because it affects everybody,” Bailey said. “It makes me happy because, in a way, we are impacting the rest of the world by having an international community here. I don’t need to go anywhere else when I have people from all over the world right here.”